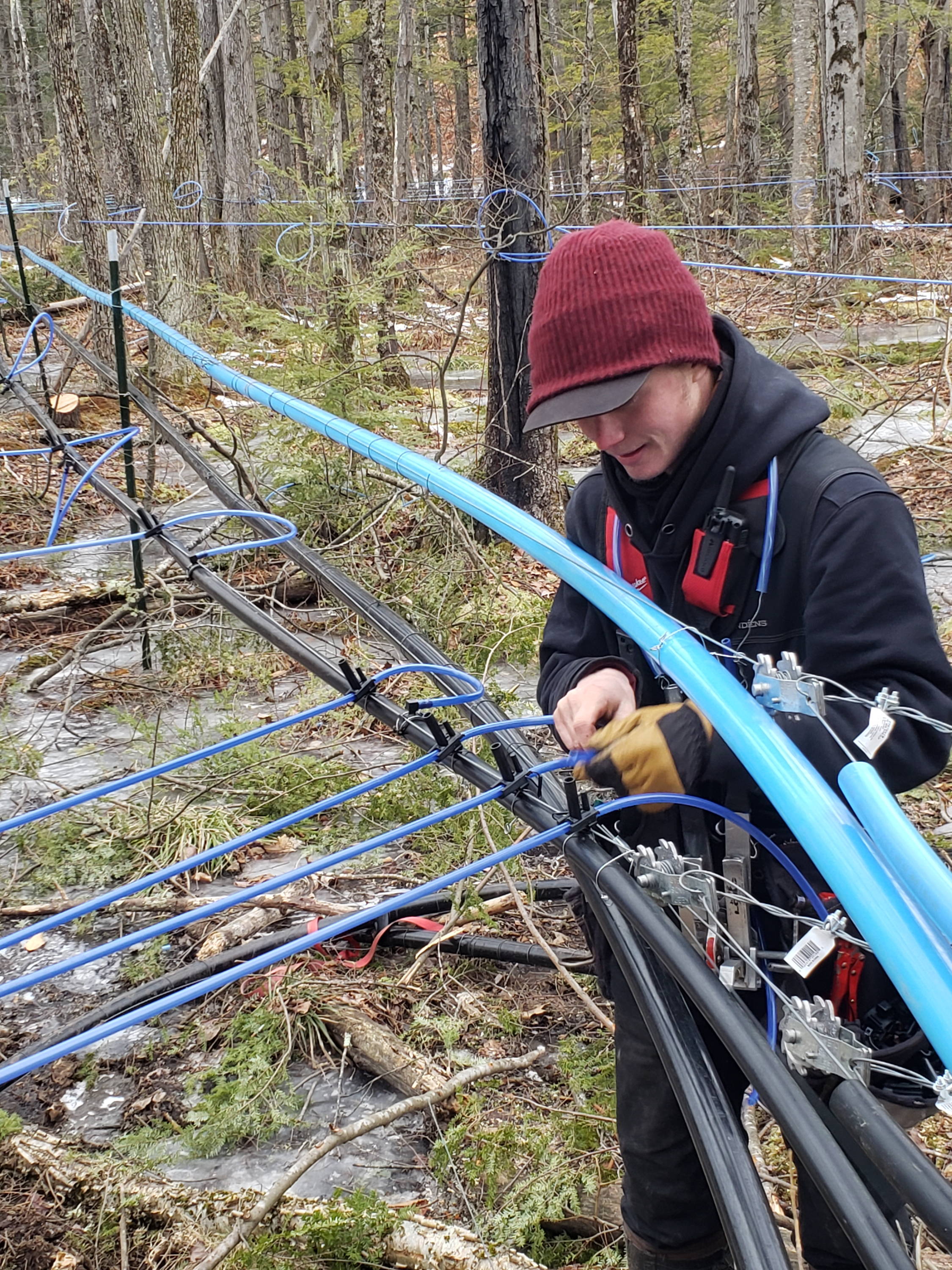 The 2021 sugaring season has begun in Temple, NH. We have over 30,000 taps planned to go in and a limited woods crew this year! Good news is we are on track to finish tapping in Temple NH today and start tapping the other 10,000+ taps up in Newbury and Lempster NH. We have 4 crew members, (Tom, Nile, Jim and Kevin). Keep reading to learn more about the challenges of sugaring and why maple syrup is truly liquid gold!

This job can be cold, wet and tiring with long days and a minimum of 60 hours per week until May. It's not uncommon for a member to have 80-100 hours in a week especially if the sap is running. If the tanks fill up we have to collect before they overrun and also boil within 24-48 hours in order to produce the best tasting maple syrup. The weather controls our schedules and sometimes our wives and girlfriends aren't happy about it. In February there is generally a cold spell that will allow for a date night or weekend day off. Each year is different as to when the trees start and stop producing sweet sap.

Keep reading to learn why it takes so much sap to make 1 gallon of maple syrup. 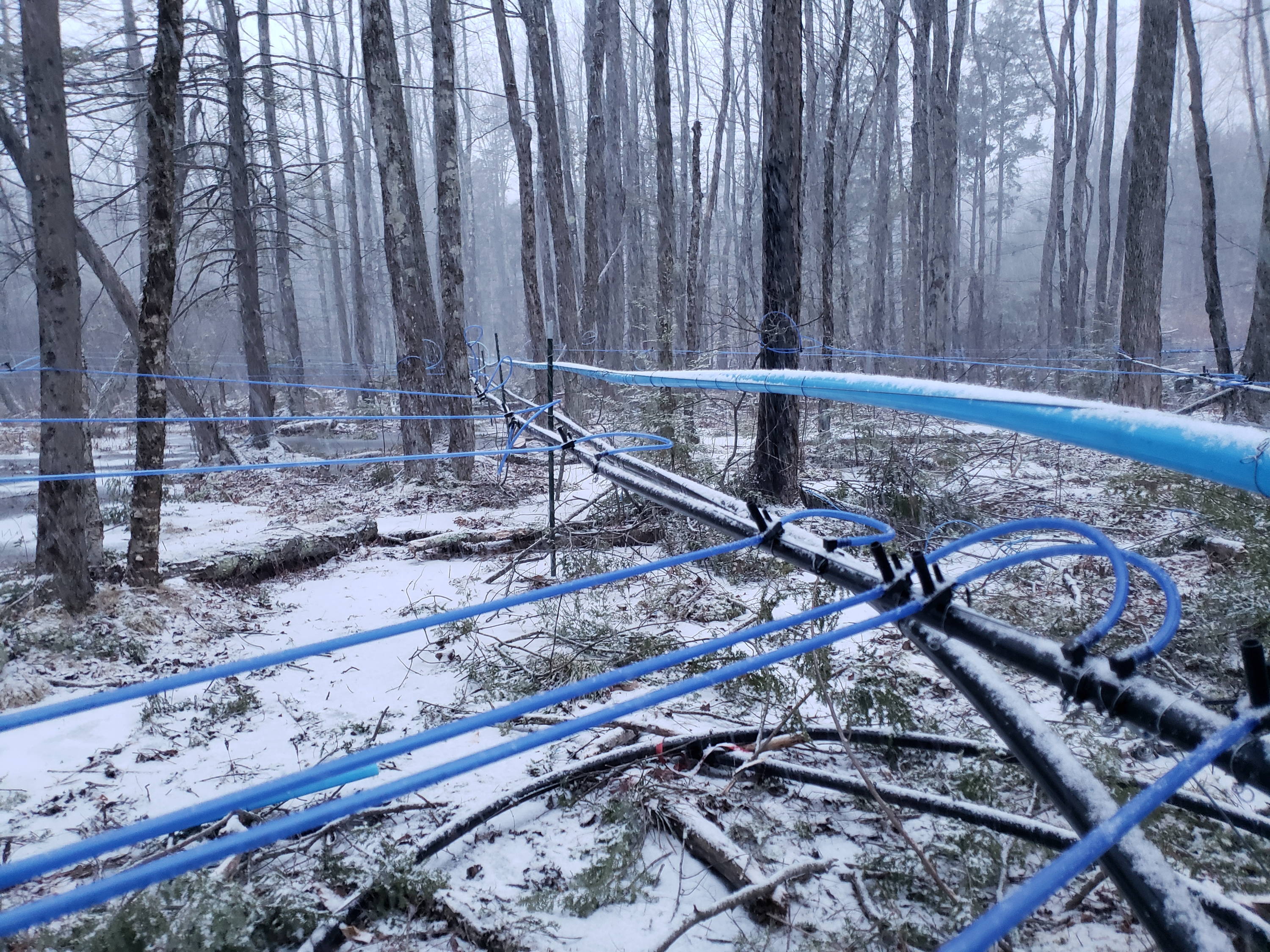 Sometimes you have to walk through 3+ feet of snow, tread lightly through a wet swamp or collect sap at 1 a.m. in a snow storm. It takes a special person to enjoy sugaring and every crew member loves what he does! 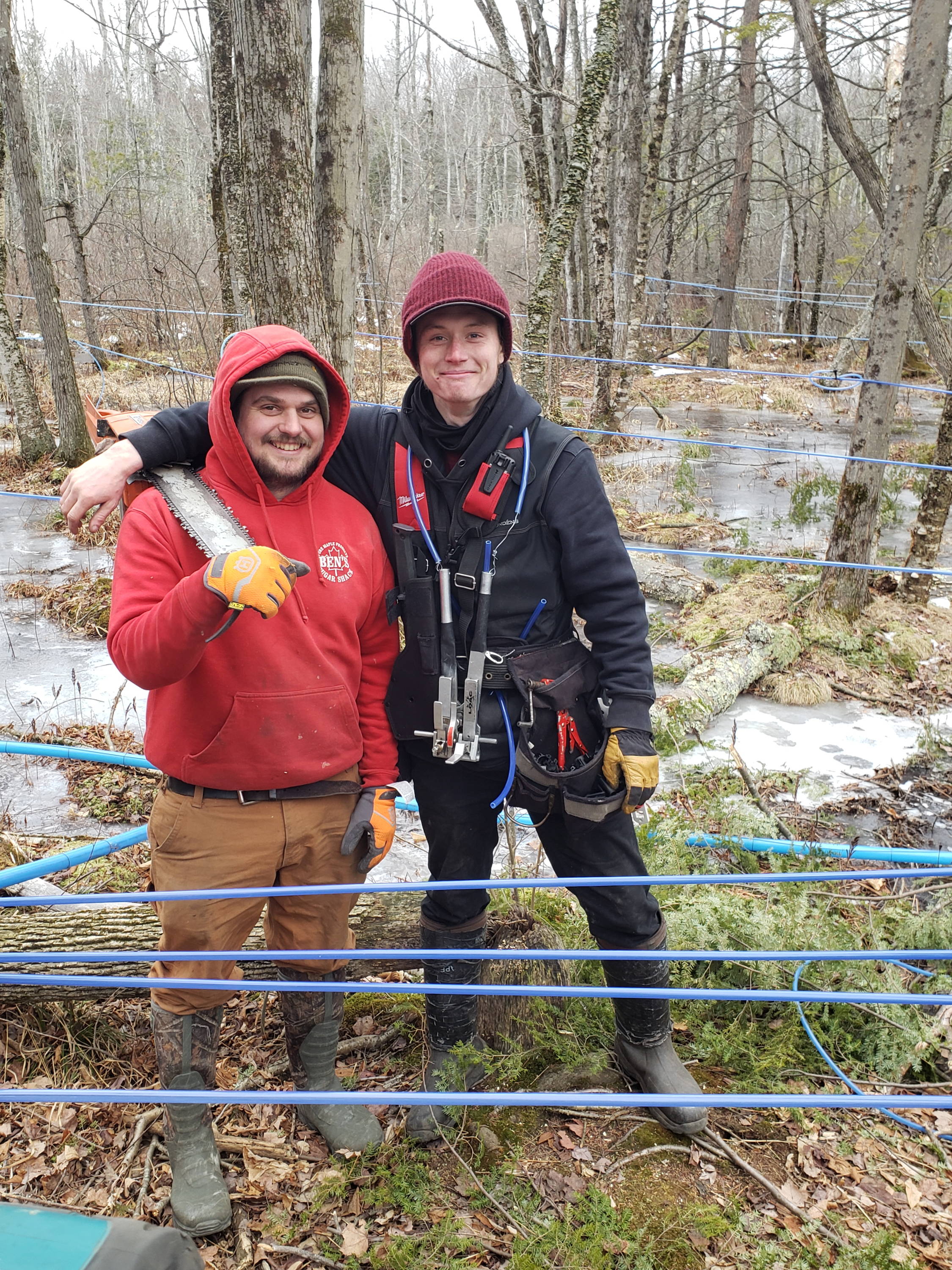 Sap production depends on the weather, temperature, position of a maple tree (sunlight), starch in the ground, age & health of a tree, the perfect position of a tap in a tree and so much more.....

This is Buck....
Buck loves to run with the crew members and keep the squirrels away to prevent chewing on the sap lines. 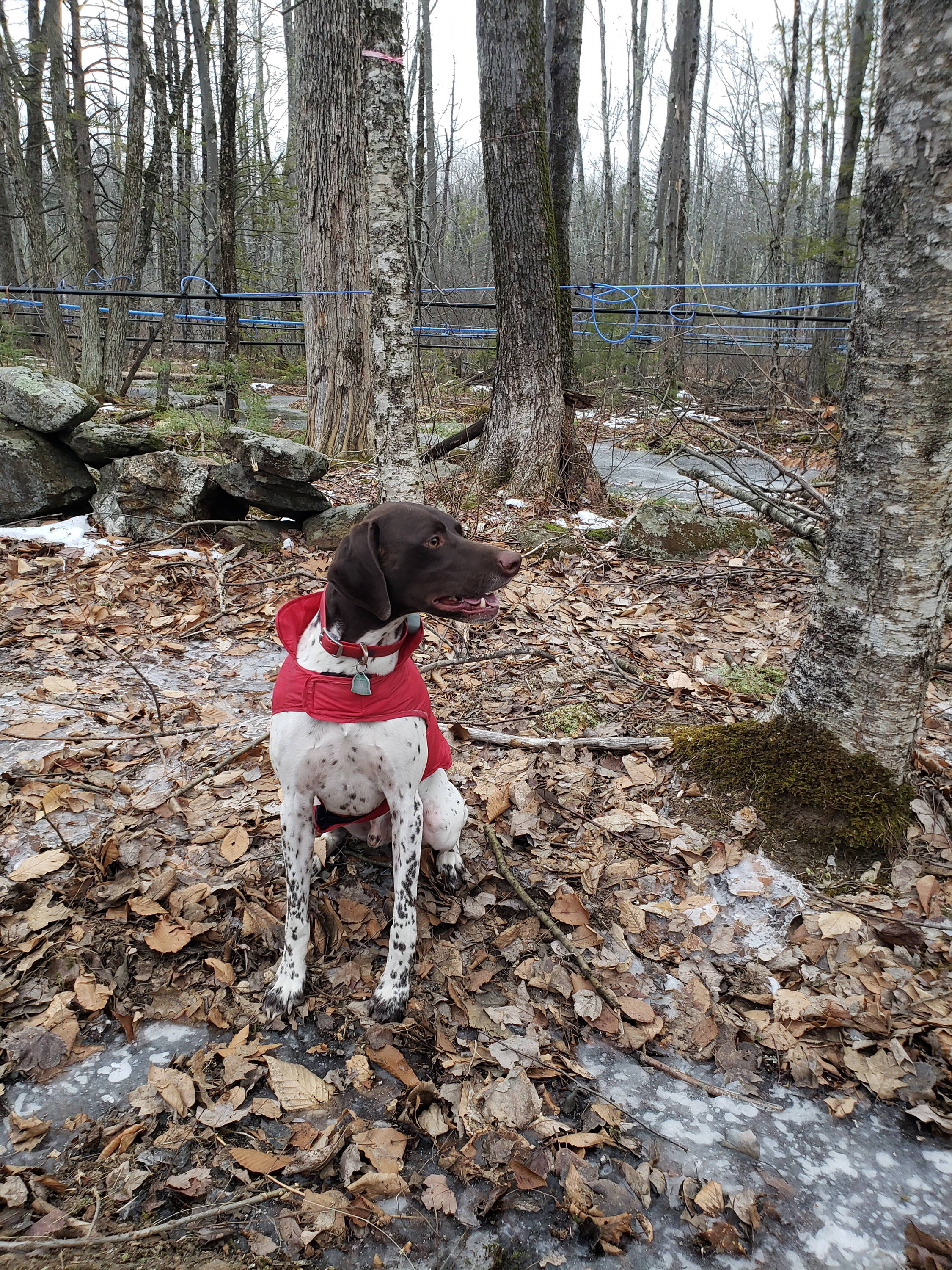